It is so shameful and hurting when the people sitting at influential seats throw insensitive and racist remarks and then backtrack by saying that it was all a joke. I am referring to this news where the popular Russian coach first called Serena and Venus Williams as ‘Williams Brothers’ and then said that they were scary to look at. However, when he was issued a ban from the women’s tennis he backtracked from his statement saying that he was just joking.

JOKING!!! REALLY!! Mr Tarpischev were you joking when you questioned women’s gender and said they are scary to look at. You were joking when you unabashedly called them Williams Brothers — even a person who doesn’t know much about sports and tennis knows about Williams Sisters.

My concern is not what he thought or called them (he is just one of those patriachs whocan’t the success of women sportingly) my concern is about people sitting at influential positions throwing racist remarks so casually in their conversations that a normal human being feels it is fine to use those remarks in daily use. Thus spreading the disharmony, resentment and a perfect ambience for a war to break-out. Women all around the world are being targeted for their colour, physique and what not. I wonder when we will have a world free of racism and gender inequality?

Till the time we make this world a safe place for women we can’t stress on educating girls.

Prime Minister Modi recently told a nationwide gathering of students, that he intends to make the education of girls a priority for India.  He said his government has put into place many measures to ensure education for all girls, such as building toilets for girls. There are states in India where half the schools don’t have toilets, and this issue certainly needs attention. 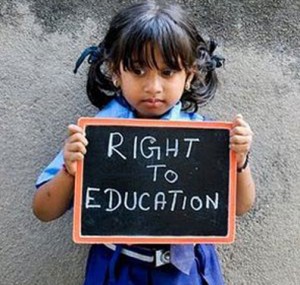 However, The 50 Million Missing Campaign believes that one of the most critical issues that needs to be urgently addressed, is the escalation of incidents of rape and violence on girls while they are in school or while they are on their way to or going home from school.

Schools are now increasingly seen as unsafe places for girls in India.  This is one of the major reasons many families in rural and slum areas are unwilling to send their girls to school, and often…

Few days back when I came across a link posted on Facebook by my best friend on the choking game, I had numerous reactions but my initial reaction after reading that news was of shock and disbelief and I was left wondering by what standards was this stupid, mindless phenomenon being called as a game, and that too choking game of all the names. But then it is being observed that kids love this game, as it gives them a high like a potent drug. So what exactly is this choking game, and how are our children in danger due to this potentially dangerous phenomenon. 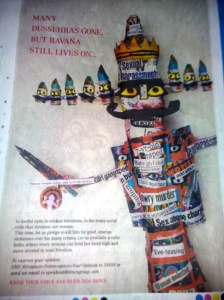 Many Dussehras Gone, But Ravana still lives on….(this is bold all caps font) and below in the readable font size is this message – In lustful eyes, in wicked intentions, in the many social evils that threaten our women. This time, let us pledge to kill him for good, emerge victorious over the many crimes. Let us proclaim a safer India, where every woman can hold her head high and move around in total freedom. Along with the jargon of expressing your views on the matter! And finishing the entire thing with another melodramatic line – Raise your voice and burn him down.

Well I do have an opinion regarding the Ravana still living on because these creatures (forgive me I don’t cherish the thought of calling them humans) who commit crimes against women are worst than the king of demons was. Yes he did lust after Sita but never did he touch her because he was a man enough to know his limits. But today it seems that entire demons community has taken over the humans and committing such heinous crimes against women. Yes, we need to burn the effigies of Ravana and his brothers but we also need to remember that we need to first burn the root cause of these crimes committed against women and then only can we create an environment that is safe for women not just in India but all over the world.

On this Dussehra if all of us take a pledge to teach our sons that their women counterpart is no less than them and that they deserve the same respect as them then slowly and steadily, one step at a time we will be able to dissolve the gender difference and create a society where a woman will be able to roam freely with her head held high. And till then we can only hope and pray for such society.

Proud to be an Indiblogger

Proud to be an Indiblogger

Sole Owner of this Blog

When in doubt, travel!

Beat About The Book

Some call me optimistic, I'll have you know

Cooking with a Wallflower
Damyanti Biswas

A pinch of taste, a dash of curiosity and a couple of cooking shows is all i need to create dishes, explore and post about my experiences with food.

................... for lovers of ice cream. Your free on line magazine for sweet frozen treats. Recipes, inspiration, artisanal ideas for your delectation.

She's off on another Tangent (digressing suddenly from one course of action or thought and turning to another) it's a "Kimmy" thing..

The Fun Side Of Science

Life, art, bad cooking and all things boring or not